PrevFamily Friendly Things to do in Edinburgh

Innis & Gunn Ultimate Beer Hall is heading to The Biscuit Factory, Edinburgh, from Thursday 5th May – to Sunday 8th May 2022.

Innis & Gunn will stage the ultimate OKTOBERFEST event in Edinburgh in May with the launch of ‘Innis & Gunn’s Ultimate Beer Hall’ which aims to bring the lager-drinking joy of Oktoberfest to a year-round audience.

Grab your tickets while you can, The Ultimate Beer Hall is popping up for one (long) weekend only. Your first pint’s even included in your ticket.

The DNA of Innis & Gunn was alive and well even before the company was founded. It ran through every fibre of our Founder & Master Brewer’s being.

Dougal Gunn Sharp routinely worked holidays as a teenager at his father’s brewery in Edinburgh. This ‘hard labour’ initially earned him pocket money but it went on to do something more. It instilled a passion in him for the fine art of crafting outstanding beers.

It was a moment of adversity that really changed things for Dougal though. In 1994 the brewery was ravaged by fire. The severe damage to the brewery meant he was thrown into the rebuild of the site. This drew him deep into the workings of the business and the brewing process. He immersed himself in re-developing the brewery’s old recipes. His passion was rewarded in 2001, becoming the first Scottish brewer to win Champion Beer of Britain.

That same year, the whisky company William Grant & Sons approached Dougal. They wanted to brew a beer that could be used to season their oak-casks ahead of filling with single malt whisky. A beer-finished whisky sounded delicious – different, innovative, exciting.

But it was the flipside of this process that really got Dougal thinking. A beer, matured in the best possible whisky casks could be incredible. This set him on the journey that would define him and Innis & Gunn. The beer was a breakthrough; intriguing and flavour packed. It was everything that Dougal believed beer could be.

It was unlike any other beer. Complex, deep, smooth and rich. Flavours of toffee, vanilla, honey and spice. The finish? Subtly warming and definitely moreish. This sumptuous bold new beer was definitely an original.

Dougal believed strongly in this new beer and in the possibilities of beer maturation. So much so that in 2003, he founded Innis & Gunn to bring his Original beer and original ideas to the world.

The Original continues to be Innis & Gunn’s flagship beer, alongside Innis & Gunn Lager which is the No.1 craft lager in Scotland.

The Innis & Gunn Brewery in Perth is our home for innovation and barrel-ageing. With plans to build a new large scale brewery in our hometown of Edinburgh, it will be the first new large brewery to be built in the capital in 150 years.

What’s on this Winter

What’s on this Winter? Winter has arrived and there is no place like Edinburgh to celebrate the festivities especially as… 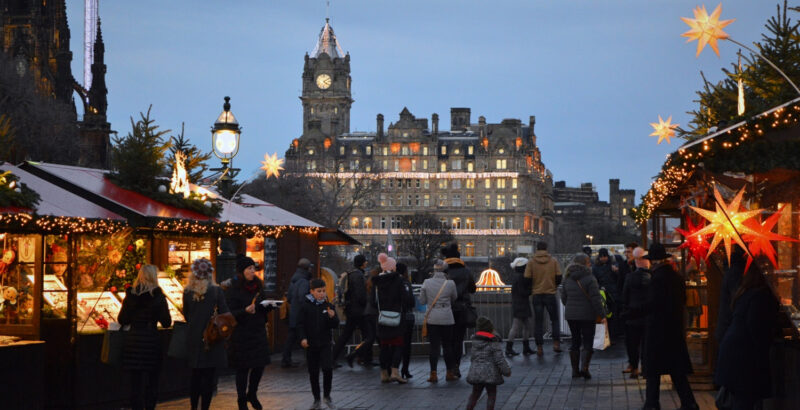 Every year around Christmas time, Edinburgh opens up one of the most world-renowned Christmas markets – right in the city…

This website uses cookies to improve your experience while you navigate through the website. Out of these, the cookies that are categorized as necessary are stored on your browser as they are essential for the working of basic functionalities of the website. We also use third-party cookies that help us analyze and understand how you use this website. These cookies will be stored in your browser only with your consent. You also have the option to opt-out of these cookies. But opting out of some of these cookies may affect your browsing experience.
Necessary Always Enabled
Necessary cookies are absolutely essential for the website to function properly. This category only includes cookies that ensures basic functionalities and security features of the website. These cookies do not store any personal information.
Non-necessary
Any cookies that may not be particularly necessary for the website to function and is used specifically to collect user personal data via analytics, ads, other embedded contents are termed as non-necessary cookies. It is mandatory to procure user consent prior to running these cookies on your website.
SAVE & ACCEPT
Book Your Stay
Check in
30
01
2023
Why Book With Us?